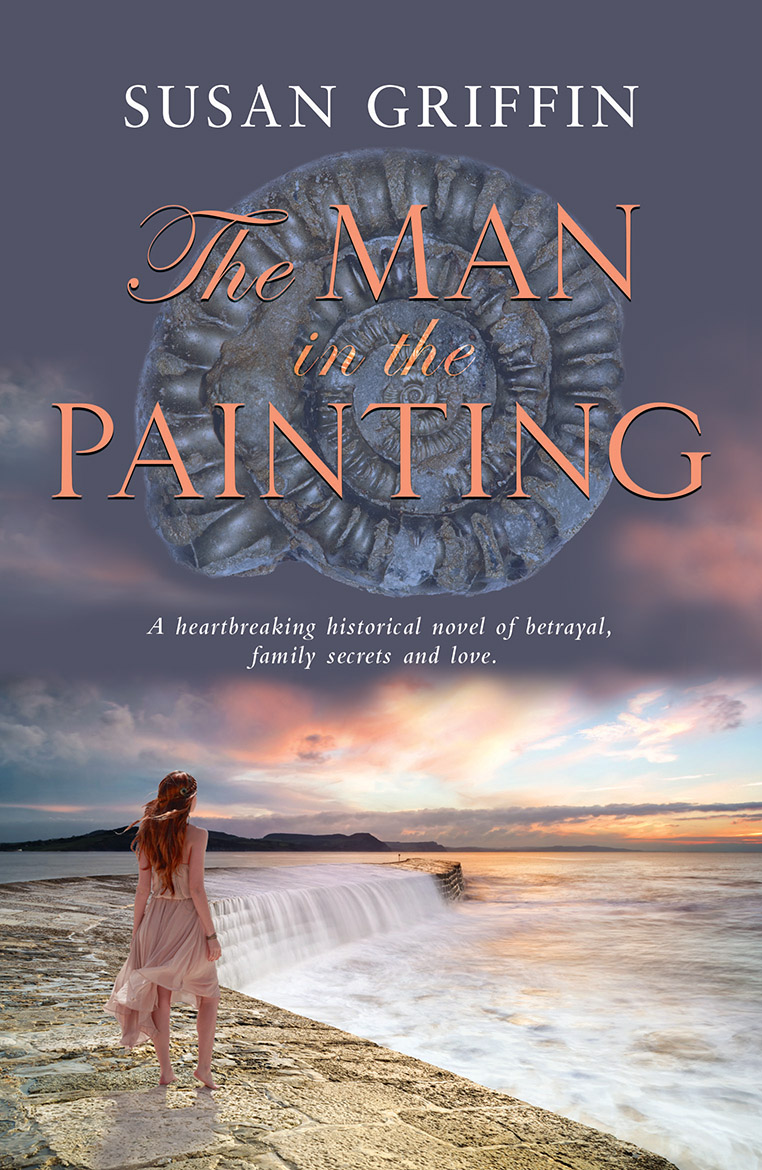 The Man in the Painting

A novel spanning two centuries, set against the historic backdrop of the Jurassic coast, about a painting that links one family, the quest to solve a mysterious death, and, ultimately, the search for love

‘The windswept beaches of Lyme Regis conceal prehistoric jewels, awaiting discovery by those with ‘the eye’.

After being struck by lightning as a baby, Mary Anning was gifted special powers. One of these gifts was uncovering dinosaur fossils in the cliffs near her home, setting the world of geology alight with her discoveries. However, surrounded by fierce prejudice in a male-dominated world, she was forced to watch as visiting geologists claimed her discoveries as their own.

When childhood friend George Hansome reappeared in Mary’s life and their mutual attraction strengthened, he vowed to fight for scientific recognition for her. But George’s actions put him in grave danger and led to a tragedy which Mary was powerless to prevent.

Ready to face her past, Marine biologist Eliza Valentine returns to Lyme Regis where her fiancé, Liam, drowned on a boat trip ten years earlier. But a forgotten painting, hanging on the wall of her mother’s teashop, triggers disturbing memories.

With the discovery that the man in the painting is an ancestor of local palaeontologist, Rafe Hansome, and as deeper feelings grow between them, Eliza and Rafe begin to uncover the mystery of George’s fate and his connection to Mary Anning. But Eliza’s obsession to uncover the truth causes her to ignore looming danger on the perilous shores of Lyme Regis where Mary once searched for fossils, putting Eliza and Rafe at risk of losing everything. 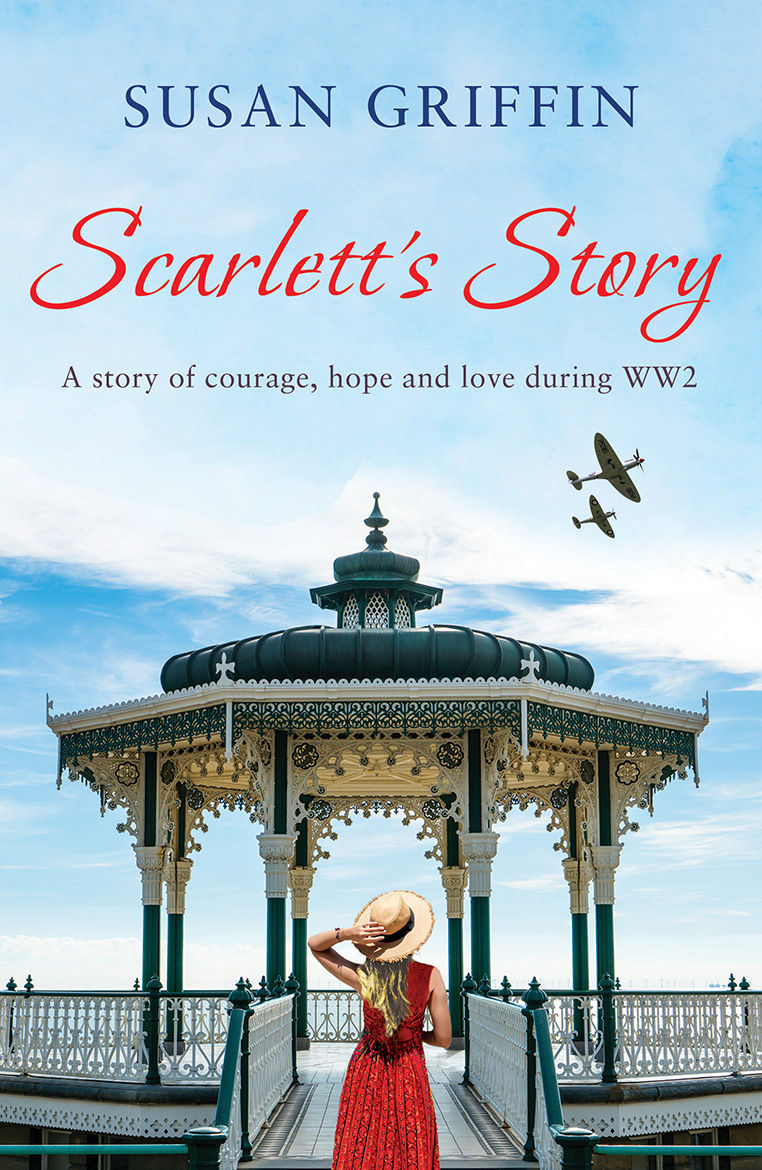 Scarlett’s Story: The Sequel to The Amethyst Necklace, is an emotional, gripping historical novel, about one woman’s fight to overcome adversity, and the courage, hope and bravery of the resistance fighters in occupied France during WW2. Perfect for fans of Victoria Hislop and Dinah Jeffries.

It is the summer of 1918 and the Spanish Flu epidemic hits East Sussex, leaving Scarlett Cunningham an orphan at the age of nine. Determined to escape her roots, Scarlett yearns for a better kind of life, while hiding her strange gift of second sight from the seeing eyes of the world.

Scarlett chooses wealth over love when shipping tycoon Eric Johnson offers her a way out of her bleak existence. However, the outbreak of WW2 brings a chance meeting with Eric’s son, Frankie. Scarlett recognises the mysterious stranger she so often sees in her dreams, and falls hopelessly in love.

As war rages across Europe, Scarlett denies her feelings, sending RAF pilot Frankie away believing she doesn’t love him. After completing a mission over the city of Stuttgart, Frankie’s Spitfire develops engine trouble on the way back to base and he crashes over enemy-occupied France.

While Scarlett waits anxiously for news of Frankie, can the bravery of the resistance fighters save his life in a country where Hitler’s spies are everywhere?

A sweeping tale of secrets and lies, perfect for fans of Tracy Rees, Kate Morton and Lucinda Riley.

Can unlocking the past be the key to the future?

1941
It is wartime England and as Reilly fights for his country Ruby waits anxiously for his return. The devastating news that he has been killed in action throws Ruby into a spin. She finds herself pregnant and alone but is offered a way out. Only when it is too late she realises her mistake, and by then she is powerless to prevent disaster.

2018
India had hoped that restoring her grandmother Ruby’s Victorian home, deep in the Sussex countryside, would distract her from the break up with her boyfriend. When she discovers that Ruby’s lover Reilly is buried in the nearby churchyard, and died while serving time for murder, India is determined to discover the truth. But the old mill in Isfield harbours a terrible secret, and India soon finds out that one tragedy can easily lead to another.

ABOUT THE AMETHYST NECKLACE

When India McCarthy inherits a house from the grandmother she has never met, she walks into a mystery from many years ago. Set in the beautiful Sussex countryside, The Amethyst Necklace moves between the Second World War and the modern day, each period brought vividly to life. Slowly, India uncovers secrets from the past that spell danger for her, yet her journey also brings her a new love and the family she has never known. A great read for a winter evening!
Reader's review
This well-researched story takes the reader on a gripping journey from events in Brighton during WW2 to the pretty Sussex village of Isfield in the present day. Strongly drawn and sympathetic, the two main characters of Ruby and India had me rooting for them from the start. The author skilfully interweaves the historical and modern storylines but as the links between the past and the present are slowly revealed there is a danger that long-buried resentment and pain will erupt in an explosion of anger and violence. If you enjoy a layered story set against two very different but equally evocative backgrounds, with a mystery to be unravelled at its centre, this is the book for you.
reader's review
An intriguing tale of love, lies and mystery, which kept me fascinated throughout to discover the whole story. Thank you Susan Griffin for an enchanting journey through the years.
reader's review
KOBO
AMAZON
APPLE 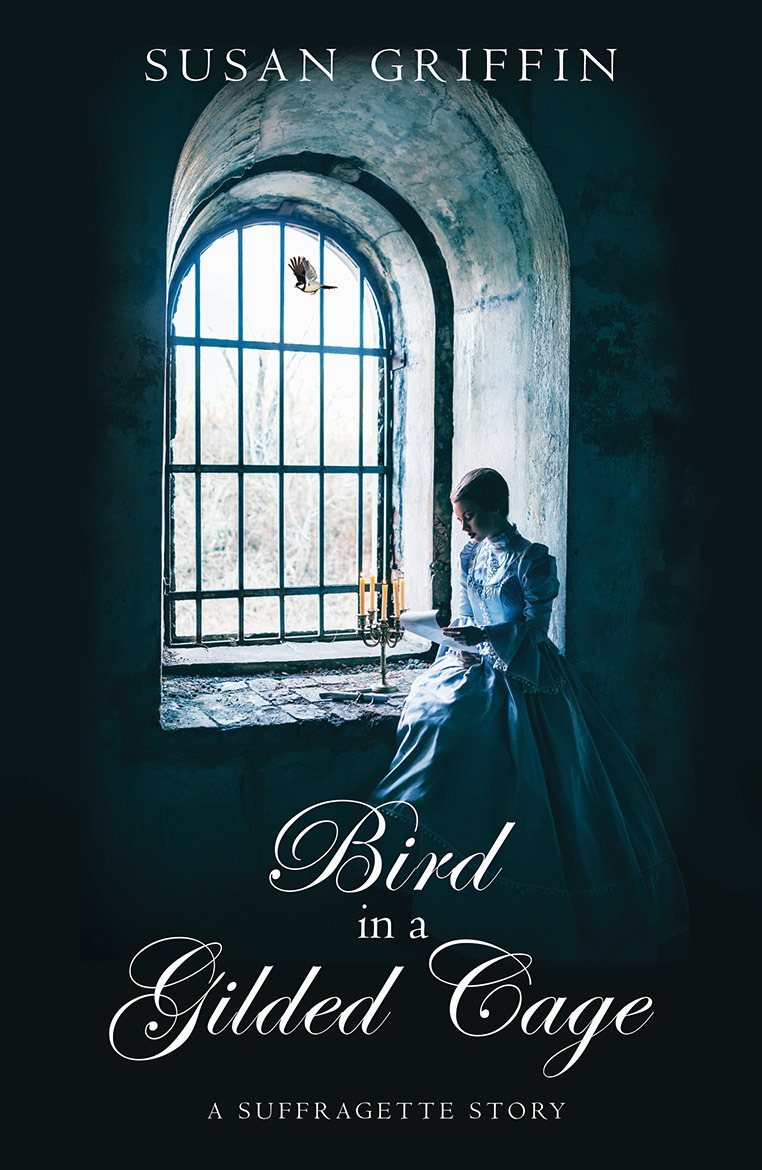 Bird in a Gilded Cage

A passionate story of love, women’s fight for equality in the early twentieth century and friendships that test the very limits of endurance.

Fighting for the right to vote in Edwardian Britain, but is the price of freedom too high?

The Suffragette movement in the early 20th century is at the heart of this dramatic story of Beth Hamilton-Green and her bid for freedom.


Fighting to break free from her overbearing and manipulative parents, Beth is pressured towards leading a life devoid of any choices, and to quietly conform to the social standing of the era.


Determined not to succumb to her parents’ demands, Beth befriends the headstrong Suffragette, Alice Sparks, and finds herself drawn into a savage fight for the emancipation of women. Beth shuns her restricted but privileged way of life to join Emmeline Pankhurst and her brave band of women from the Women’s Social & Political Union in their determined fight for equal rights.

When the handsome and mysterious Finn McGuiness appears in Beth’s life, Alice’s declaration of undying love throws Beth into confusion. The real fight has only just begun as Beth becomes embroiled in a powerful struggle, not only for her own survival amidst the Suffragette activities, but with the pull of divided loyalties between Alice and Finn. Beth is pushed to the very edge of reason and the resulting events lead to tragic consequences. 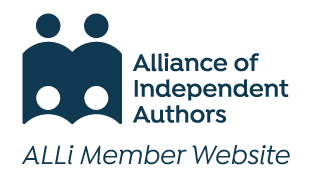